Home > Our Temple > History of the Temple

History of the Temple 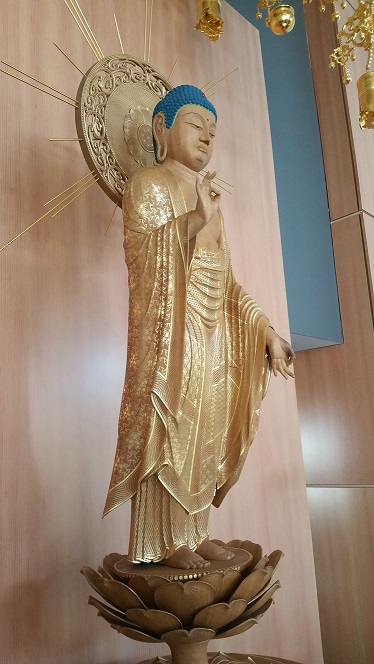 The roots of he Calgary Buddhist Temple can be traced back to August 17, 1951 with the formation of the Calgary Hoyu Kai (Friends of the Dharma) and the Obon service held that day.  The service was led by the visiting minister Sensei Y. Kawamura.

The group continued to meet for services in  members’ homes, then later at a community centre, but without a resident minister.  This situation continued for about 20 years when, in 1970, a committee conducted a survey.   They found that there were a significant number of Buddhist families who were willing to support a Jodo Shinshu minister.  A fund-raising campaign was organized.

Finally, in 1972, Sensei S. K. Ikuta and his family moved to Calgary to lead the newly-formed Calgary Buddhist Temple.
In 1981, the temple building was purchased from the former Croatian Catholic Church and the inaugural service was held on October 18 of that year.

The dedication service for the Amida statue was held on October 21, 1984.  The statue was carved by the famous Japanese sculptor Koei Eri.  It was displayed in Japan and Europe before it was installed in the temple.

The Amida statue at the Calgary Buddhist Temple was carved by the famous Japanese sculptor, Koei Eri